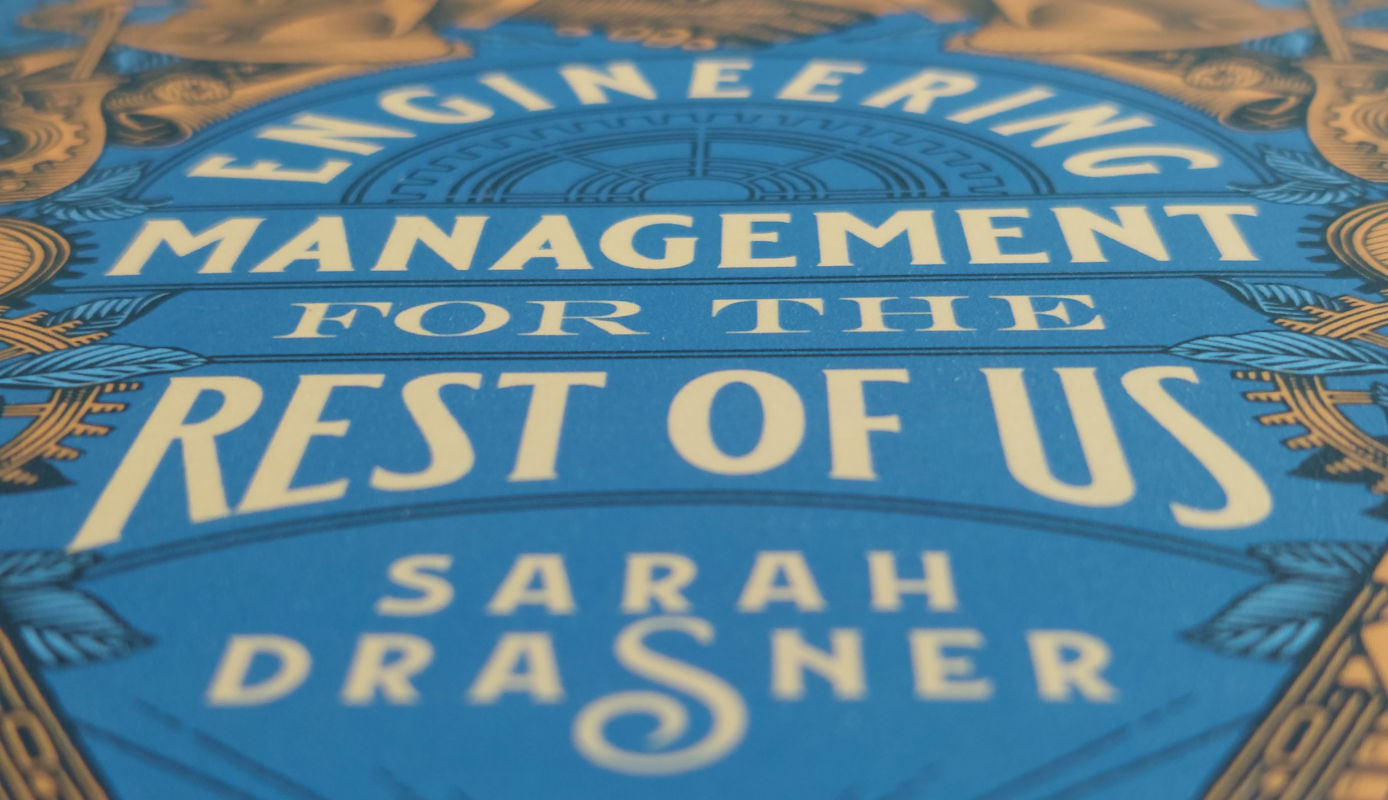 After reading An Elegant Puzzle, my interest on the EM topic did only grow! I had happened to see some positive comments about this book and did an impulse purchase 😅.

The book is essentially a collection of thoughts and experience-supported advices about people management. Although it also comprehends a set of tools, it’s more about being thoughtful and intentional about your approach towards management. It’s directed to people moving from a developer career path to a management path.

Sarah Drasner experience is vast, but she credits other people again and again through the book, most notably her coach. That talks about her being humble, and at the same time it gives a lesson about management that you can read between the lines at all pages: management is essentially an outward task. Your duty is being there for others. She goes beyond tasks and tools, and talks a lot about mentoring, sponsoring, and caring. If The Manager’s Manual is about day-to-day routines, and An Elegant Puzzle is about management from a systemic standpoint, Engineering Management for the Rest of Us is about empathy and introspection. “Caring for your team” being the first chapter and “Believing in Yourself” the last one is not random at all.

Although I have never had the EM title officially, I’ve managed teams for most of my career. I’ve been collecting many lessons for years in a document, and I’ve added there many references to this book :).

I’ve enjoyed it a lot. It’s packed with wisdom that is hard to master. It has helped me to understand why I have a great perception of some leaders I’ve previously worked with. Now I can read better the best leader I’ve worked for. It felt very natural, and maybe it was for her, but a closer analysis on her management style shows there are specific things that can be learnt and improved, and this book is definitely a way to do it. That explains the “… for the rest of us” title.