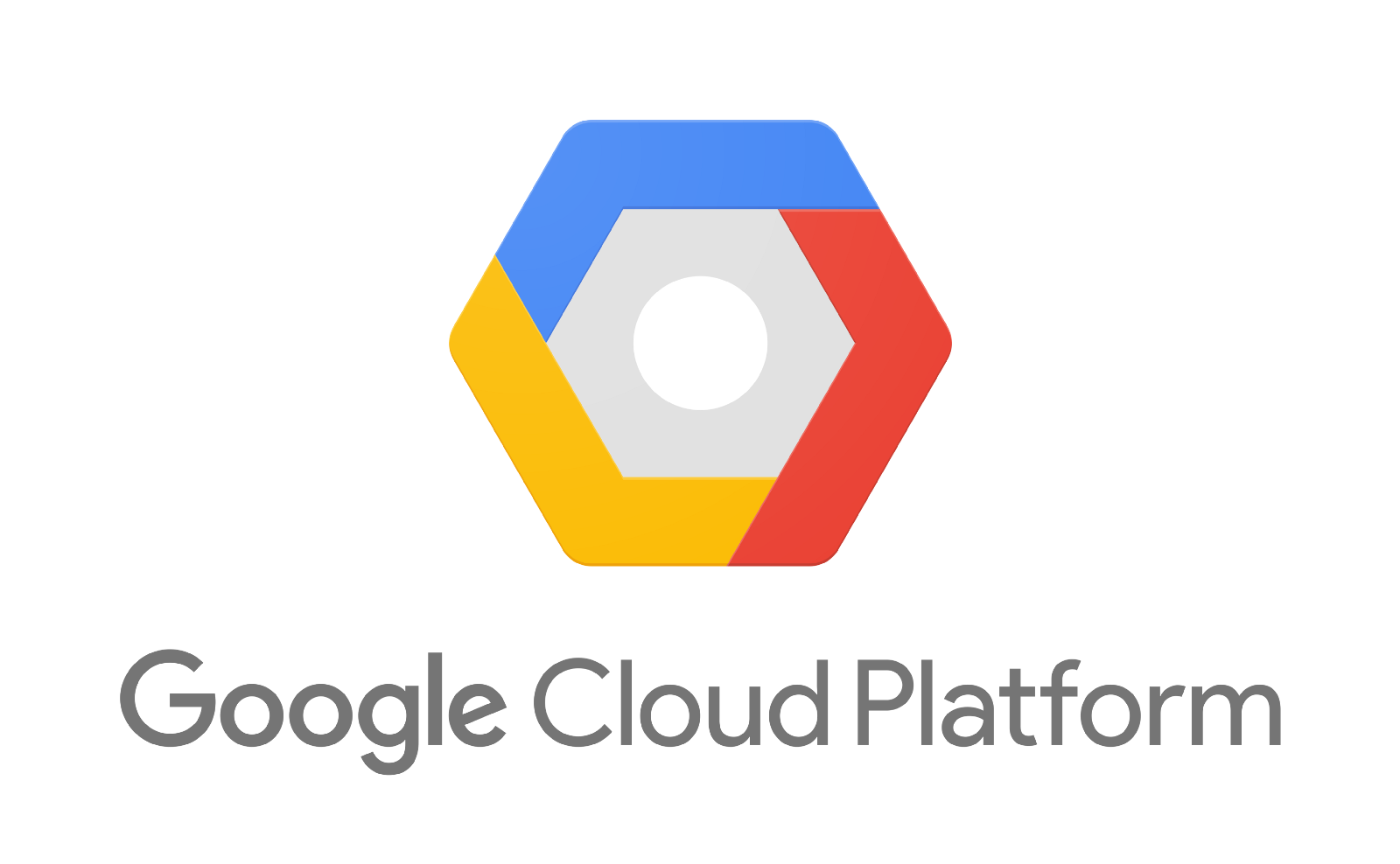 I’m getting closer to Google Cloud solutions, and as some decisions around the platform are not straightforward (such as which database should you use) I took a look at training options and found Data Engineering on Google Cloud Platform Specialization at Coursera. Although it doesn’t get into too much detail, as the platform is huge, it’s a good introduction to the portfolio.

I’ll keep updating the content and references as I learn more stuff:

The specialization consists of 5 “1 week” (although they can be each completed in a couple of days) courses. I’ve written down some notes, but you can find much more useful documentation at Getting Started.

Using Google Storage as persistent storage for all services make all other services stateless, which is really convenient. 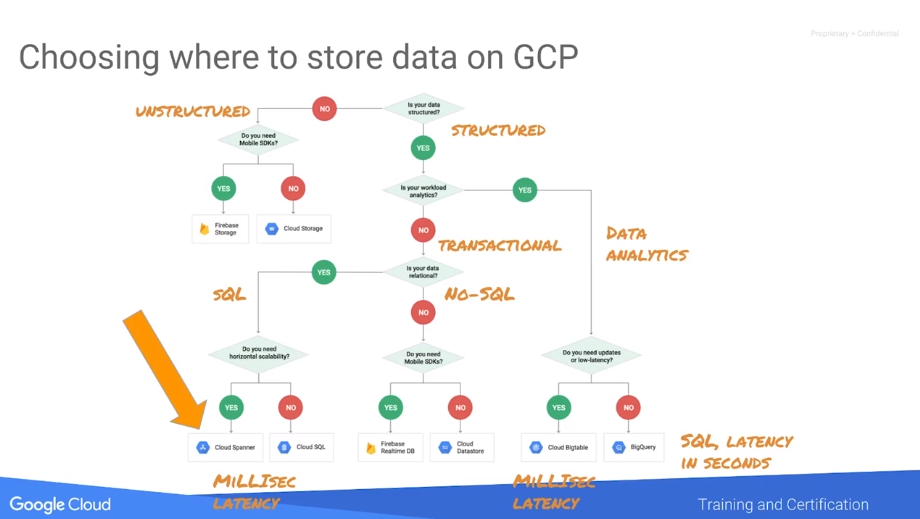 There are preemptible VMs, cheaper, useful for processing.

Spark uses Resilient Distributed Datasets (RDDs) to abstract data complexity. With Spark you declare a DAG with the transformations, which are lazy, and then run it with actions.

Hadoop/Spark jobs can read from BigQuery, but go through temporary GCS storage.

Standard SQL 2011, including all (?) types and some non-standard ones (STRUCT).

Storing denormalized data has advantages, as the query can be run in parallel more easily. Using nested and repeated columns can bring the best of both worlds.

Datasets, which are within projects, contain tables and views (which are queries, live views of a table). 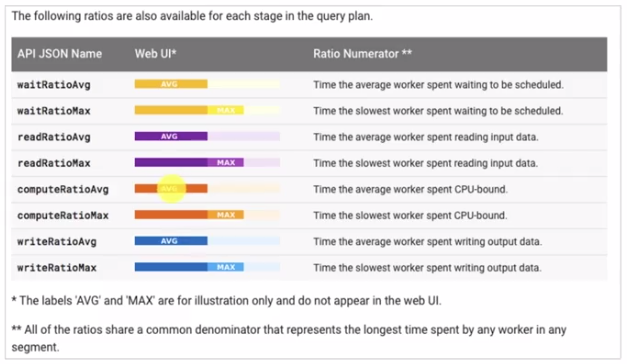 You can also partition tables by timestamp on creation (to avoid the need of partitioning by table name).

Pricing is based on the amount of data processed by queries. Reducing queried columns has impact on pricing.

No-ops data pipelines, both for batch and stream (with the same code).

Runs Apache Beam pipelines (written in Java or Python), which can also be run on top of other runners such as Flink or Spark.

P-collections: parallelizable collections with an apply that generate another PCollection. They’re not bounded (no need to fit in memory, and can even be a stream). By default they’re sharded. You can force disable sharding (for small files, for example) with withoutSharding).

Grouping is similar to MapReduce shuffling.

If available, a combine is preferable over a group by key + processing. As a Combiner is commutative and associative, multiple nodes can process the same key before the final aggregation:

You might need a second data source beyond normal in-memory objects. In those cases you can transform pcollections into “pcollection views” and then pass it as a side input.

Business Intelligence is about historical data, while Machine Learning is about training the model so it can be applied to unknown data, generating predictive output.

ML comprehends two phases: training a model with lots of data, and inference with the trained model and new data.

Everything that goes into a ML model has to be made numeric, both input and output. For categorization problem the output number is interpreted as a probability.

Datasets should cover all cases, including not only positive cases but also negative ones.

Most common error measurements for optimization:

TensorFlow processes numerical computations within a DAG. The nodes represent mathematical operations, and the edges represent arrays (tensors) of data.

It’s not only about ML but about numerical processing.

The ML API is the estimator API.

In order to separate the declaration of the DAG from the execution, TensorFlow has a lazy execution model. That way it can, for example, execute nodes remotely or in different hardware. That might require changing the graph.

Cloud AutoML automates the creation of a model.

At least once delivery guarantee. Order and unicity is not guaranteed.

In push deliveries, Pub/Sub initiates the communication to the subscribers. It requires https (it must be a server application) for webhooks.

In pull deliveries, the subscriber has to poll for new messages. Subscriber receives a ack id and it must send a ACK so Pub/Sub knows that the message was successfully delivered and can delete it.

You can pass metadata (key-value pairs) with the messages. Sending the timestamp of the message is often very useful.

Messages can be sent in batches, reducing the network cost.

Apache Beam is an unified model for batch and stream (to avoid needing two pipelines). Can run on multiple runtimes.

Introduces windowing: shuffles events in time windows based on the event timestamp (when the event occur).

Setting id label at Dataflow when you read from Pub/Sub adds only-once semantics (as long as a valid id is set on publish).

Dataflow learns from the skew of the messages over time and computes an heuristic about if a window is likely to be closed or not. The “watermark” is that heuristic about the progress. Based on this, Dataflow chooses when to emit the event of window closed.

Elements added: how many elements exited a given step.

Data watermark age: the age (time since event timestamp) of the most recent item of data that has been fully processed by the pipeline.

System lag: the current maximum duration that an item of data has been awaiting processing, in seconds.

What results are calculated: transformations Where in event time are results calculated: event-time windowing When in processing time are results materialized: watermarks, triggers, and allowed lateness. How do refinements of results relate: answered via Accumulation modes.

Transactional, horizontally scalable (for use cases where Cloud SQL, backed by MySQL or PostgreSQL, is not enough).

Key/value store. Key determines the tablet where the data is going to be stored (and you want it to be evenly distributed).

In order to add data you create mutations.

That said, you should avoid splitting your data across more column qualifiers than necessary, which can result in rows that have a very large number of non-empty cells. It takes time for Cloud Bigtable to process each cell in a row. Also, each cell adds some overhead to the amount of data that’s stored in your table and sent over the network. For example, if you’re storing 1 KB (1,024 bytes) of data, it’s much more space-efficient to store that data in a single cell, rather than spreading the data across 1,024 cells that each contain 1 byte. If you normally read or write a few related values all at once, consider storing all of those values together in one cell, using a format that makes it easy to extract the individual values later (such as the protocol buffer binary format).

Queries are efficient if they use the row key, prefix or range. Corollary: the most common query determines the key.

Rows are stored in ascending order of the key (that’s why if you often query the most recent events you should use a inverse timestamp at the key), and only one key can be indexed.

You want to distribute evenly across rows (keys). Avoid these keys to avoid hotspotting:

Related columns should be grouped in the same family. Change rate at columns within a same family should be similar (columns that often get changed together).

You can use up to about 100 column families while maintaining excellent performance.

The names of your column families should be short, because they’re included in the data that is transferred for each request.

Spanner is not part of the certification, but here are some notes about what I’m learning about it.

It uses TrueTime, a system based on atomic clocks that provide not only a very accurate moment in time but also bounded (predictable) clock uncertainty. Timespan is used to create the global ordering of the events. Spanner assigns globally meaningful commit timestamps to transactions, even for distributed ones. Those timestamps reflect serialization order. Serialization order satisfies external consistency (linearizability). 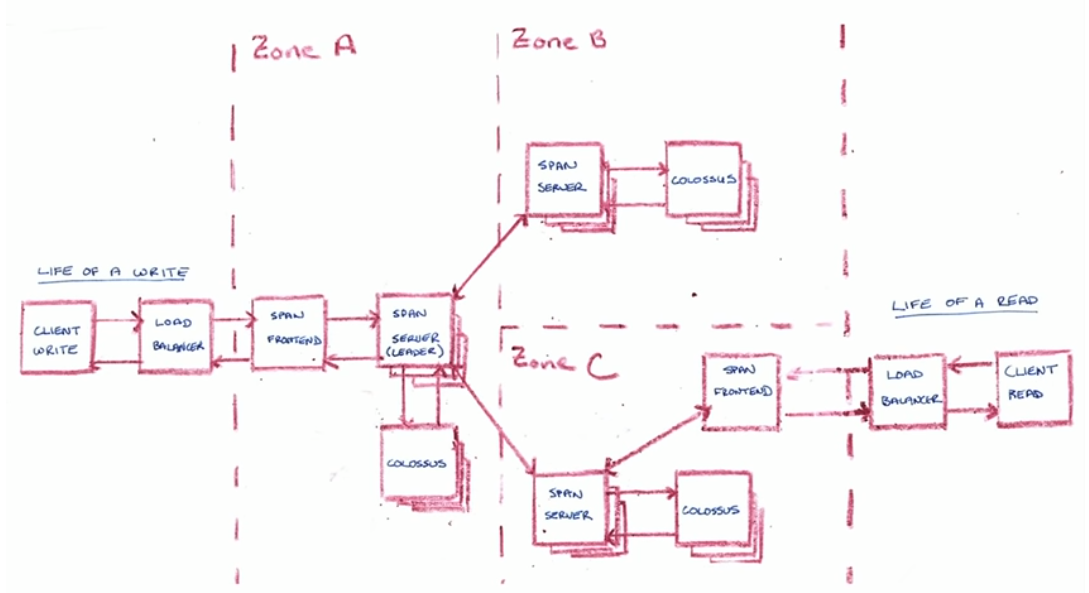 It uses Paxos as the consensus protocol to pick the leader.

One design goal is serving data (almost) always from local storage. If the replica doesn’t have it, it waits until Paxos propagate it.