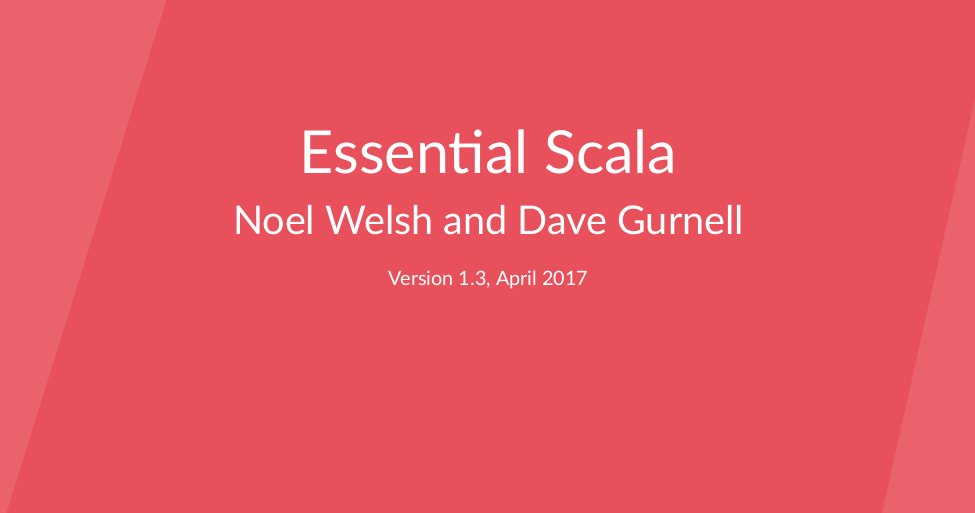 I haven’t coded in Scala for some months and I wanted to refresh my memory, which was a good excuse for picking Essential Scala underscore book out of my to-read shelf. It was just going to be a quick refresher read, but I found more than what I expected and chose to write down some notes.

Chapters 1, 2 and 3 are an introduction to Scala basics and syntax. Very valuable and needed in a “Scala essentials” book.

Chapter 4 introduces Traits, but it doesn’t stop on the syntax but digs into patterns, such as Product Type or Sum Type pattern.

5 introduces functors and monads, which is something that you might not find in a short introduction to Scala like this one.

6 explains the most important collection classes, ones that you’ll probably be used to if you’ve used Scala.

This book guides you through Scala main features and patterns by means of short exercises that emerge the need for abstractions. This is really didactic and effective.

As concise and deep as it can be for a 250 page book. Don’t be misled by the name and size: it’s not only about syntax but also about Scala patterns. As Scala is a complex language with tons of features, this is priceless. Another must-read for Scala developers.